It has been such a long time since I wrote my last post, "The Philosophy of Piglet and Pooh." In that post, Pooh exclaimed the sentiment that "today" is his favorite day. I have given a lot of thought about what to write in a new post since there haven't been many of my todays that I can call my favorite lately.  However, there were a few days that were my favorites and I will call those days the best of times.

The Best of Times

During December I got great pleasure from preparing for Christmas.  Decorating is something that I have always loved to do but since my diagnosis of multiple myeloma I haven't been able to do as much.  This year was different.  Even though I was often tired and not feeling great, I felt compelled to decorate. I even created a new vignette, "Bonfire"  that inspired me and put me in the Christmas spirit.  Now, my house was not decorated in the full regalia that I used to do, but it was much more than I have done since 2009. 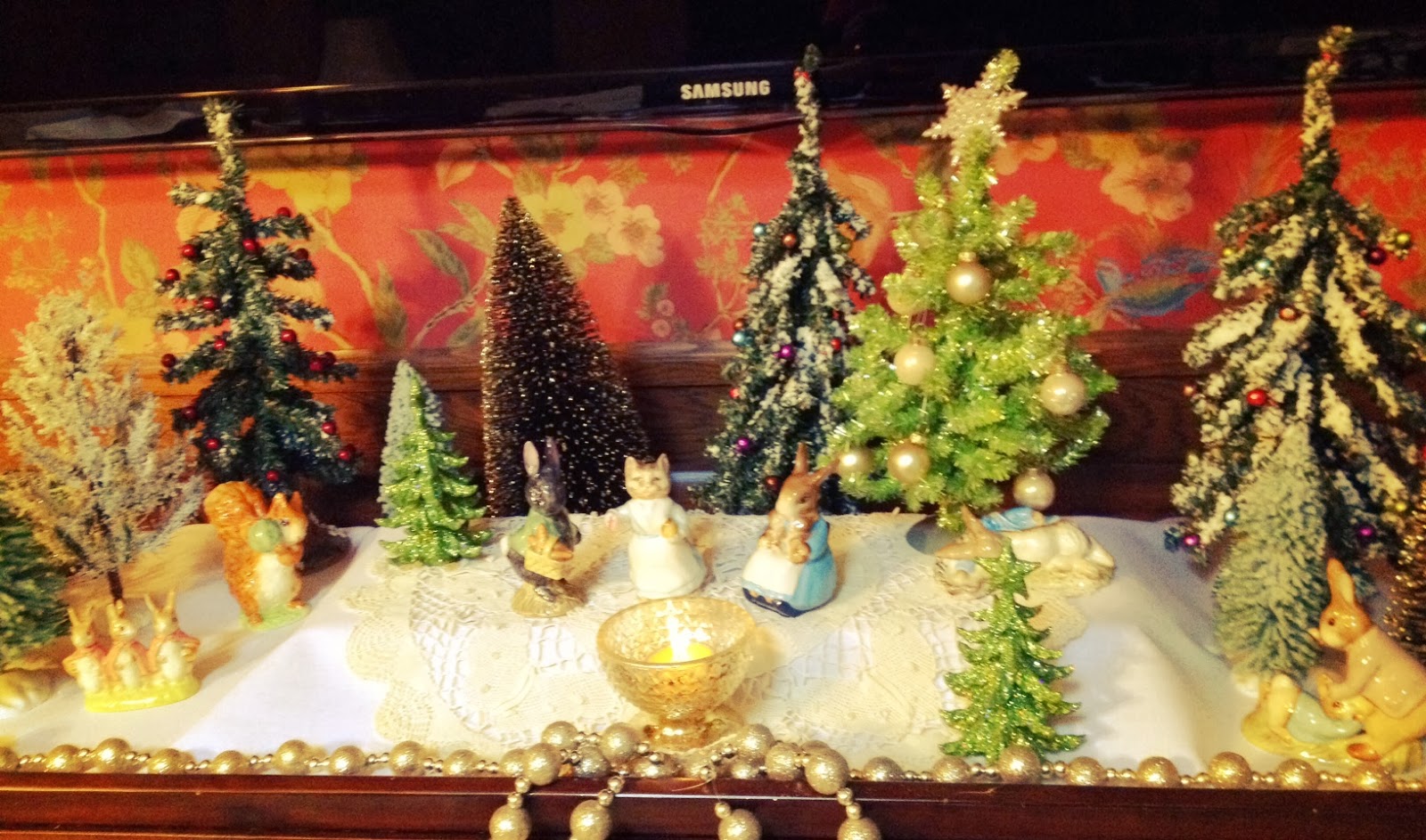 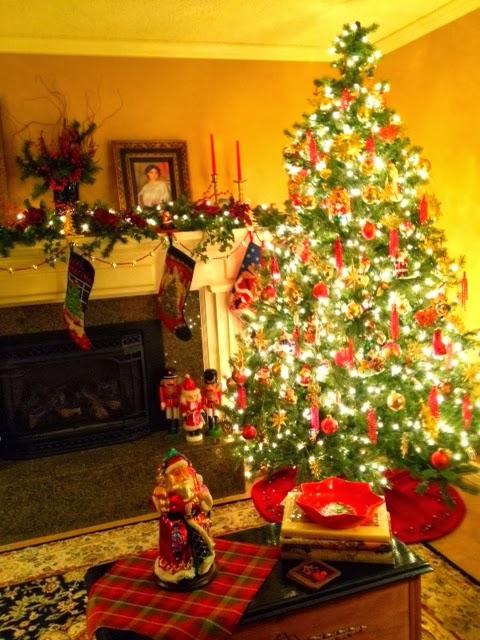 In My Living Room

Christmas was special this year because my nephew Peter and Marisa's boyfriend, Dan spent the week with us.  We ate good food, played games, opened presents, celebrated and enjoyed all the cozy trappings of the holiday.  My energy level was pretty good and everyone pitched in and helped me as needed.  It was, indeed, the best of times. 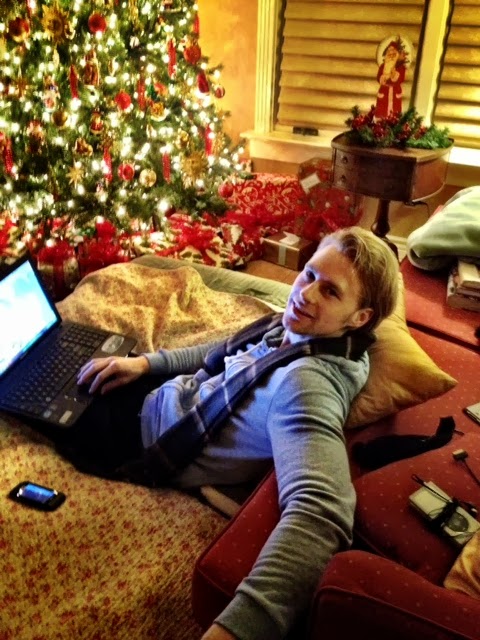 Peter camping out by the Christmas Tree.

The Worst of Times

I suppose "worst" is a little strong . . . maybe "not so good" would be more accurate.  I have been on velcade for nearly a year and it finally stopped working.  At  the end of November, my lambda light chain went up seven points.  It was a small increase but I don't like any increases. Three weeks later it had jumped up 42 more points.  This was quite upsetting, but my doctor reminded me that the total number was still fairly low.  Because it had gone up rather quickly it was apparent that velcade was no longer working. It was also causing side effects that were affecting my day to day life, so it was decided that I would start a new treatment plan.

My next appointment was on December 31 and my new treatment was about to begin.  I am now back on  200 mg of thalidomide and 40 mg of dexamethasone on the first, ninth and seventeenth day of the cycle. Dizziness is a side effect of thalidomide and I have been experiencing that, but that has passed.  At times, the effects of this drug make me feel like I am radiating!  And then there is the dexamethasone. I have a couple of good days and then when it wears off.....Oh my!

I had bloodwork done on December 31 and received my lambda light chain results online on January 6.  My number had gone up another 118 points.  I expected it to go up because velcade hadn't been working since November and I hadn't started my new plan yet.  However, that number shocked me.  My number is still in the lower range but the trajectory has been straight up and it is frightening.  Will it stop going up?  Is this when the myeloma cells get the upper hand?  Will it become refractory?  I have so many questions and I am discouraged because I feel like I am back to square one in this battle.

My most recent appointment was on  January 28.  I had the usual blood tests and the CBC numbers were pretty typical for me.  I won't see the light chain results until early next week. While I would be relieved to see the number go down, I have told myself I will be quite thrilled if it doesn't go up as much as it did last time. At this point, any positive change is a good thing.  The last two months have revolved around not feeling well most of the time and light chain numbers going up, so even the slightest improvement will make me happy.

The very worst of times was on January 7 when we had to say goodbye to our beautiful 18 year old tabby cat, Aislinn. She was an extraordinary cat who was tiny in stature but huge in personality. She was in charge at our house and everyone knew it.  When people came to visit, they would often ask, "Where is Aislinn?"  We always liked to say she had "star" quality.  She was a star in our lives and we will love her forever. 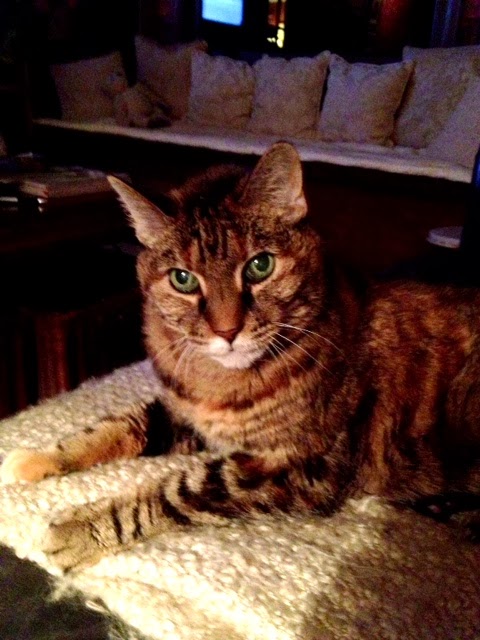 Aislinn
In July of 2012 I wrote a post entitled, "Aislinn Striking a Pose."  Here is the link: http://caroleleighi.blogspot.com/2012/07/aislinn-striking-pose.html


I am hopeful that I will soon begin to enjoy more "favorite" days. As my body gets more accustomed to the thalidomide, there should be more days of feeling better than just all right.  If the maximum dosage I am receiving starts beating the light chain numbers back towards the normal range, it will change my outlook completely.  I have been discouraged in the last two months, but I am beginning to emerge from that feeling and looking toward brighter days.  Just as the days are getting longer, my hopes are growing for the ultimate goal of achieving remission again.
Posted by Carole Leigh at 11:38 AM 2 comments: